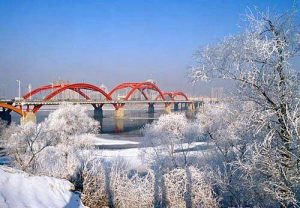 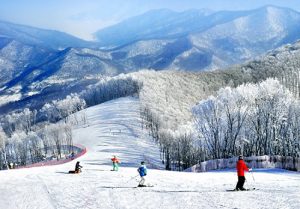 Jilin City, the only city in China that shares the same name with its province is located at the foot of Changbai Mountain and next to Songhua River. It covers an area of 27,120 square kilometers with a population of 4.5 million, among which 2 million people are urban residents. Jilin City governs four urban districts, five counties and cities, and two national and 18 provincial development zones.

As the second largest city of Jilin Province, Jilin City is an important tourist city and chemical industry base of the Northeast China, making great contributions to the provincial economic aggregate. In 2014, Jilin City realized a regional gross value of production of 275.3 billion yuan, marking an increase of 6.1% compared to that of the previous year. The fixed investments reached an amount of 230 billion yuan with an increase of 15%; the total retail sales of consumer goods was 119.5 billion yuan, showing an increase of 12%; the regional fiscal revenue was 13.12 billion yuan, among which the increasing rate of the city its own was 6.7%; the per-capita disposable income of urban residents was 28530 yuan and for rural residents the number was 11530 yuan, realizing an increase of 10% and 12% respectively.

Jilin City is full of honors and prides, for in these years, it has been awarded the titles of China’s Famous Historical and Cultural City, China’s Excellent Tourists City, Charming City of China, Best Livable City in China, Top Ten Most Beautiful Cities in China, Top Ten Featured Leisure Cities in China, Home of Japonica Rice for Tribute in China, etc. At this moment, Jilin City is striving for becoming an important tourist and cultural city of Northeast China and Northeast Asia, an eco-friendly and livable city and an advanced industrial base.