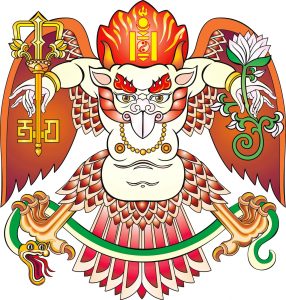 Ulaanbaatar is the coldest capital city in the world, having a history of over 380 years. Back then, a concept of a ‘city’ was non-existent in Mongolia, and even after the city’s founding in 1639, the location was changed by nomads using the area as a camping site over 30 times. In 1778, after the completion of the road connecting Beijing and St. Petersburg, the location of Ulaanbaatar was finalized and has served an important role as the center of the distribution.

The city has grown from the original population of 80,000 in 1954 to around 1,470,000 and is now a tourist site with attractions such as Mongolian culture, historical ruins, temples, caves, wildlife and vast nature attraction in the mountainous regions. For example, on the 85 km route from Ulaanbaatar to Terelj, the coolest region of Mongolia, visitors can enjoy beautiful stones, mysterious rocks shaped naturally like a turtle, rivers flowing as clear as crystals, wild animals, and colorful flowers in the valley.

Along with its historical sites and crafts, tourists can also listen to the beautiful music played on the instrument only found in Mongolia, the morin khuur.