The fifteenth conference of the World Winter Cities Association for Mayors (WWCAM) was successfully held in Ulaanbaatar, Mongolia, 13 to 15 January 2012. Under the main theme “Energy Supply and Efficient Consumption of Heat Supply in Winter Cities”, representatives of WWCAM winter cities enthusiastically considered the conference sub-themes: “Efficient Use of Energy and Electricity Supplies”; “Efficient Use of Heat Supplies”; and “Air Pollution in Winter Cities and Methods to Decrease It”. 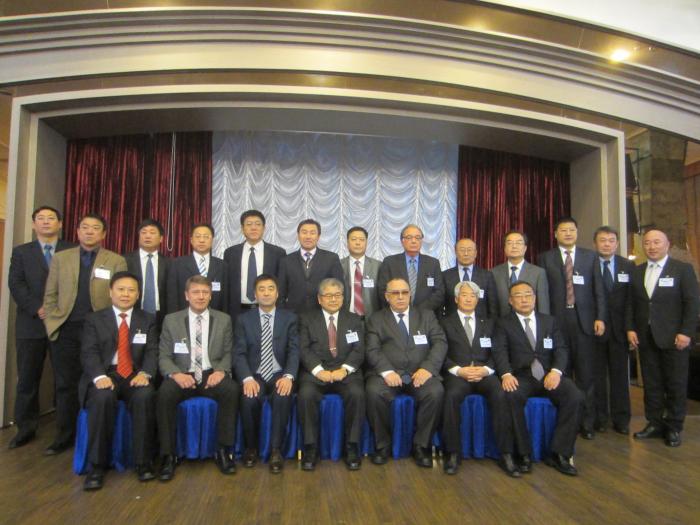 Representatives of Ulaanbaatar reported severe air pollution and revealed plans to promote the installation of central heating systems and the use of renewable energy sources, such as solar power.

Hwacheon’s use of forest resources, comprising wood pellets, as well as other local energy sources, including hydro, wind, solar, and geothermal power was introduced in a presentation, as was the city’s research on household energy consumption and a policy that encourages residents to make more use of public transportation and bicycles. Also, Hwacheon provides residents with seven ways for energy conservation in an effort to promote ecologically sustainable lifestyles.

Session B “Efficient Uses of Electricity”

Sapporo’s use of solar power and LED street lights, wood biomass, cogeneration systems, and the effective use of cold energy from snow was the focus of a presentation by that city. 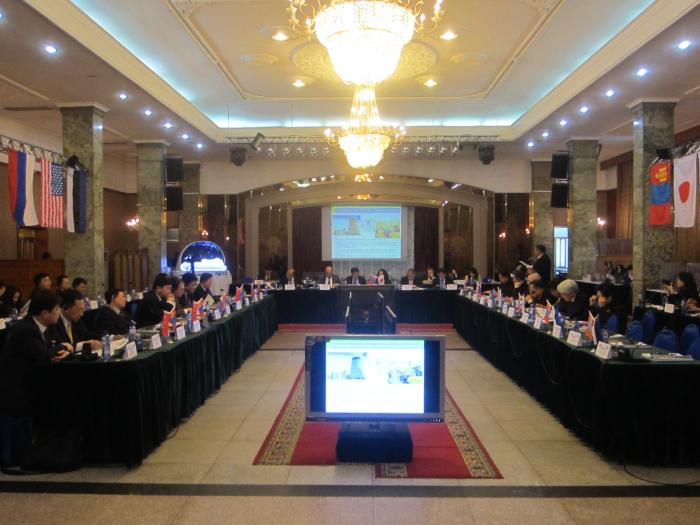 Ulaanbaatar noted air pollution issues and expressed a determination to reduce air pollution by 60 percent through a variety of efforts, including the establishment of the Air Quality Agency, the use of electric buses, a shift to renewable energies, establishment of cogeneration power plants, and the provision for low-interest loans to purchase apartments.

In Maardu, undesirable air quality is attributed to ash and sulfur dioxide from the combustion of oil shale. Mineral refineries, a main industry in Maardu, and chemical plants have long been causes of soil, air, and water pollution. The city has implemented air quality monitoring as a step to protect the environment.

Air pollution is also a problem in Shenyang as a result of industrial progress and the use of cal in winter. Measures have been taken to mitigate air pollution here, including land readjustment to promote the coexistence of the economy and the natural environment; the closure of pollution discharging plants; better monitoring for pollutants; and the establishment of an environmental protection law. Although the city has benefited from these measures, pollution continues to be an urgent issue, particularly during winter.

Qiqihar reported that air quality in the city has improved with the establishment of monitoring stations to observe diffusion of coal combustion, with energy recycling and monitoring industrial pollution, by controlling motorcycle emissions, and other measures. Work in Qiqihar will continue to strengthen air-pollution efforts.

Adoption of the Ulaanbaatar Declaration and Resolution

A plenary session was held to wrap up the Mayors Conference, and the Ulaanbaatar Declaration and Resolution proposed by the city of Ulaanbaatar and the WWCAM Secretariat were adopted unanimously, and Mayor Munkhbayar of Ulaaqnbaatar and Mayor Ueda of Sapporo (President of the WWCAM) signed the document.

The Ulaanbaatar Declaration states, “We are responsible to further develop the effective use of energy and heat from what we learned through this conference and actively educate the citizens so that each of them recognizes the importace of saving energy”, and the Resolution states each city should make realistic goals, and inform the WWCAM of their efforts at the next mayors Conference. In addition, the Resolution states that Sapporo has been selected to host the seventeenth WWCAM Conference in 2016.

Even now, many people are losing their lives and property and are forced to live under the severe circumstances caused by the extreme climate and natural disasters that strike many quarters of the globe. We have to keep the damage fromsuch disasters minimal and build a safer and more secure society. The spirit of mutual assistance as well as courage and wisdom to face difficulties are the forces that move us forward.

The warm support during difficult times nurtures true friendship and peace. We, the member cities, hereby reaffirm our friendship and commitment to provide all the assistance that can be possibly givenin various fields.

In addition, it is important that we strive to control the emission of greenhouse gases, which is one of the contributing factors to the current abnormal climate. The effective use of limited resources is imperative, and we are responsible to further develop the effective use of energy and heat from what we learned through this conference and actively educate the citizens so that each of them recognizes the importance of saving energy.

We, the World Winter Cities Association for Mayors, hereby declare that we renew our awareness that making actions towards energy reduction and urban activities with a low impact on the environment are the key challenges for those who live in winter cities, and that each city will make maximum efforts to address the issues. 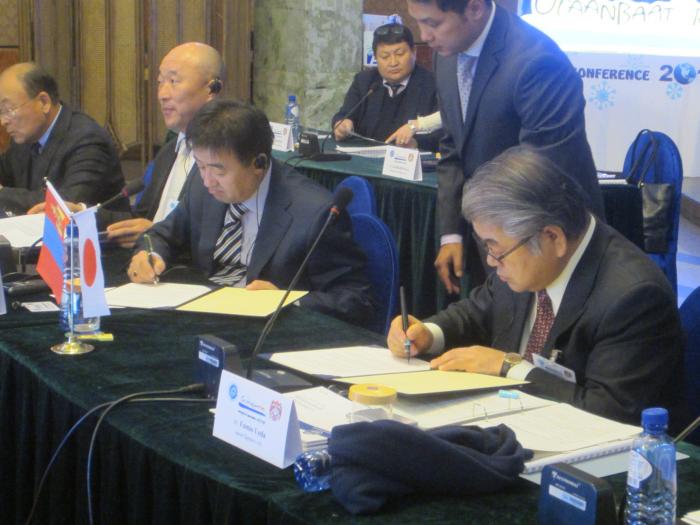 Mayor Munkhbayar of Ulaanbaatar and Mayor Ueda of Sapporo sign the document. 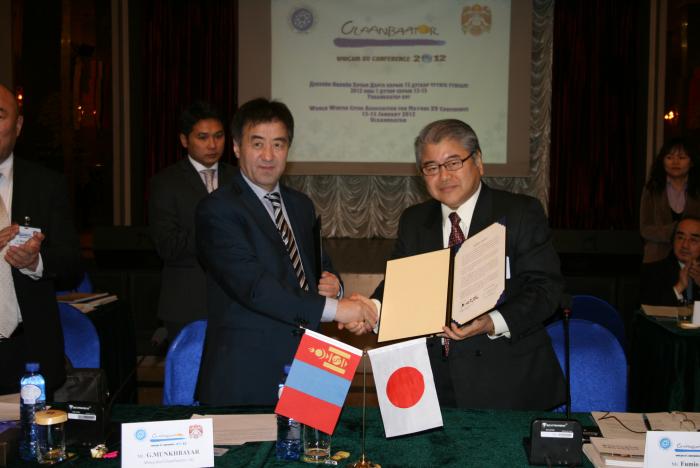 Mayor Munkhbayar of Ulaanbaatar and Mayor Ueda of Sapporo display the Ulaanbaatar Declaration.

The final report of the Subcommittee on City Operations for Mitigation of Climate Change was presented at the WWCAM conference by Dick Stallone of Anchorage. The subcommittee, with its secretariat in Anchorage, was established at the Nuuk Conference in 2008. The final report focused on Anchorage’s progress in energy conservation and efficiency, and more efficient use of electric power.

The interim report of the Subcommittee on Environmental Protection (Changchun)

The Winter Expo was held 14 and 15 January at the Business Development Center in Ulaanbaatar in connection with the WWCAM Conference. The event atracted a large number of people to exhibition booths displaying winter-related products and technologies.

Cities that had exhibits at the Winter Expo include Ulaanbaatar with 23 booths featuring energy, housing, heating, clothes, and food. Harbin, China had three booths displaying products such as wood products, pencils, and information on other products for expert. Sapporo, Japan had seven booths, which focused on housing, gardening, disaster prevention, civil engineering, and information about Japanese companies, as well as promotional information on the city of Sapporo. 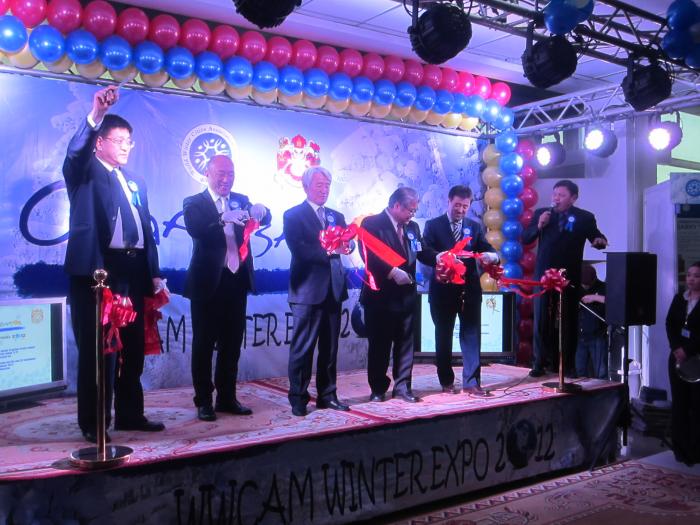 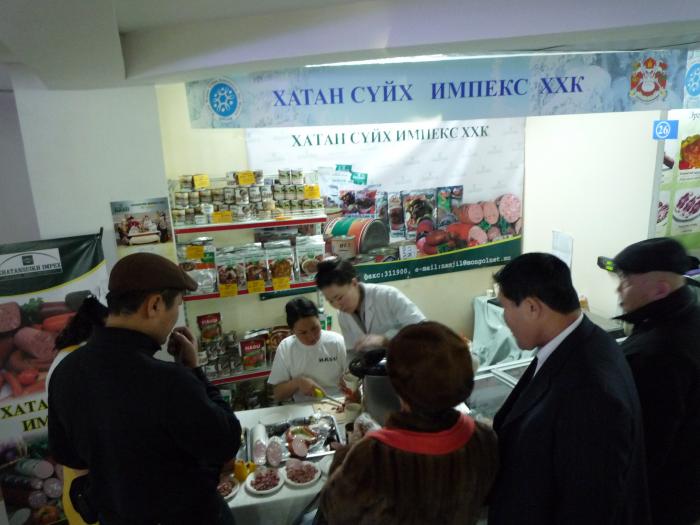